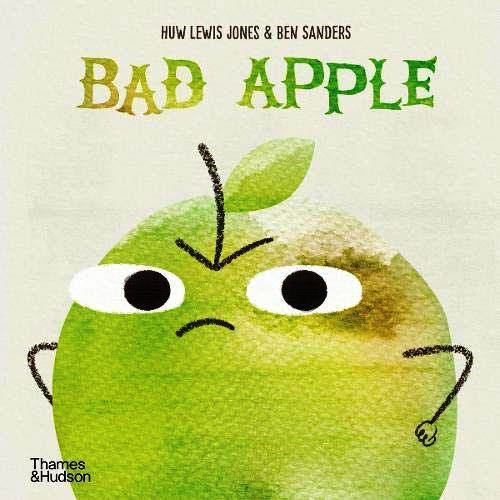 Bullies come in all ages. Lately, there seems to be adult bullies all over the news… but that is another story. For purposes of this review, we are referring to young, elementary-age bullies whose antics effect the people they are bully. So, when a book comes along that highlights those antics and their eventual consequences, it should be celebrated.

Bad Apple, by Huw Lewis Jones and illustrated by Ben Sanders is just such a book. The book opens to the sneer of a green apple named Apple. He is, as author Huw Lewis Jones mentions, “a nasty piece of fruit. He commandeers Pear’s chair, drinks Pea’s tea, steal Cat’s hat, and perpetrates a variety of other shenanigans that leaves those who are bullied with annoyed frowns.

Nothing stops Apple. He keeps right on bullying, never recognizing the devastation he is leaving in his tracks, he finally meets his match in a hungry snake.

This is a simple, almost bare-bones book that gets right to the point: bullying is bad. The lovely water color style illustration by award-winning illustrator Ben Sanders, capture every antic and every shocked, frustrated, or annoyed expression. It also captures Apple’s constant sneer, sneaky eyes, and down-turned eyebrows as he goes about wreaking havoc.

This book is perfect for kindergarten or early elementary classrooms exploring concepts like kindness, manners, sharing and the like. In addition, the illustrations should inspire children participating in art classes.

One quibble: Some of Apples antics go beyond childish bullying. I was disturbed that he “broke Egg’s leg,” “pulled Rose’s nose,” and “poked Pie’s eye.” He got his comeuppance in the end, but even this (Pea laughing at his fate) might be considered a bit harsh.

In any event, Bad Apple is a cute book that effectively demonstrates the consequences of thoughtlessness and rudeness.

Weird But True: 300 Fin-Tastic Facts From The Deep Blue Sea

Let Us Take You Waaay Back! 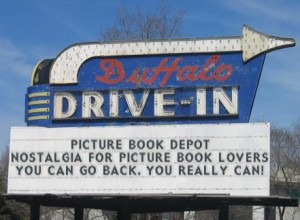