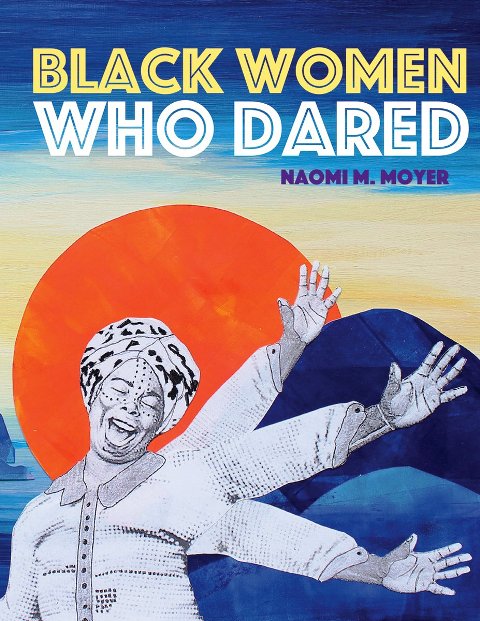 History buffs and educators alike love to discover unsung movers and shakers — especially stories about elusive African American heroines who have made an impact on society. Black Women Who Dared, by Naomi M. Moyer, is one of those books.

Black Women Who Dared tells the stories of ten African American heroines who lived (and in some cases, died) in absolute obscurity, but who impacted both history and their communities. There is Jackie Shane, a transgender woman who sang with the popular band, Motley Crew, and tackled sexuality, racism and gender long before it became popular. There is the story of Sheroma Hall, a Jamaican activist who settled in Canada and addressed issues like housing, police violence, education and gender. There is also the story of Mary Miles Bibb, a freeborn Quaker who married a refugee slave and became a teacher, abolitionist, and co-publisher of the newspaper, Voice of the Fugitive — the first black-owned newspaper in Canada.

Black Women Who Dared also uncovers once-bustling organizations that made a difference in the African American community, such as: The Colored Women’s Club (1902), where married African American women came together to socialize, organize and help their communities; the Hour-A-Day Study Club (1935) where African American women met over tea to discuss how to “improve their parenting skills and broaden their knowledge outside of womanhood”; and the Black Cross Nurses (1920), which was formed to give blacks equal access to health care and black women the opportunity to go into nursing. This particular club was founded in Pennsylvania but eventually “expanded into Central America, the Caribbean and Canada.”

Ms. Moyer’s illustrations are a lovely blend of black-and-white pencil drawings set in splashes of color, which makes this book a keeper for collectors of books written by and for African Americans. HOWEVER, one quibble is that there is NO dialogue in this book. It would have been delightful to have “heard” these women speaking about their adventures, their beliefs and their goals. It is understood that it may have been difficult to document these women’s actual words, but without dialogue — with only Ms. Moyer “telling” their stories and not “showing” who they were through dialogue, the book takes on a somewhat flat tone.

That being said, this book can serve as a supplement to both early elementary and upper elementary history classrooms. It should also find a welcome place on the history buff’s personal bookshelf.

A variation of this review can be found on The Black History Channel.